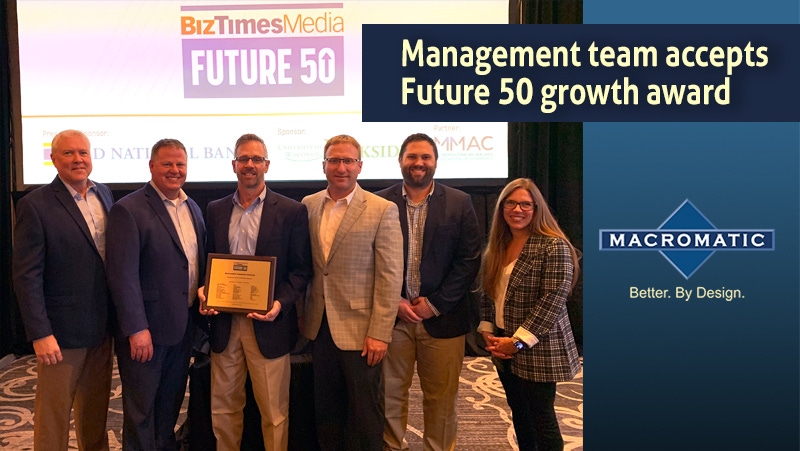 Macromatic is thrilled to be named a Future 50 Winner, awarded to the fastest growing companies in southeastern Wisconsin. Our management team was recently recognized at the awards luncheon sponsored by the Metropolitan Milwaukee Association of Commerce and BizTimes Media.

Established in 1988, the Future 50 awards were originally a program of the Metropolitan Milwaukee Association of Commerce. The program returned this year after a two-year hiatus.

Combined, this year’s Future 50 winners expect to end 2022 with more than 4,800 employees and nearly $2.8 billion in projected revenues. Hitting those marks would mean these companies have added 1,171 jobs combined since 2019 and have grown their revenues by a combined $946 million over that time period.